Links and more links…all are connected so they say. Who would know it but last year a folklorist and music researcher I had met on Facebook called Alberto advised me to go to ‘Casa de Zamora’ in Madrid if I wanted to learn about bagpipes from the area of Zamora (Gaita Sanabresa) in north western Spain and to meet musicians in the Madrid area. Casa de Zamora is like a cultural centre for people from the Zamora district of Spain. Each region of Spain seems to have these cultural centers in Madrid and elsewhere, often music is practiced in these centers.

It took me a few more months to finally get round to going and this was due to meeting Alberto in Zamora and listening to his music which finally made me go; I was thrilled by the music and the musical atmosphere in Zamora. The events itself that inspired me I will write about another time, but let me say it was a new experience and it excited me so much to try and learn the Gaita Sanabresa; the Casa de Zamora’s web site (casadezamora.com) listed a gaita class on Wednesdays and last night I went along.

I noted 12 musicians (10 pipers and 2 drummers) and 1 teacher. The gaitas were not all uniform like the gaitas from Asturius or Galicia they were a mixtures of colours, textures, thicknesses and designs. There were a few new surprises such as the wood used to make a couple of chanters, they were made from a heather plant, which for me was a surprise as I know heather in Scotland and it is a small thin plant, but apparently it grows very high here and strong enough to make chanters. I also noticed there were differences in construction. This is partly due to a lack of supply, one maker was mentioned who made good pipes in Cantabria had a waiting list of about 1 year, but he made other types of pipes besides Gaita Sanabresa.

If I wanted to learn to play I was advised to get a Galician chanter in Bb (Si bemol) and tape over a section of the 3rd hole making it a minor scale (the popular key of the class was Bb and this was good for singing). The tuning of the chanter was still unclear to me but generally the Sanabresa chanters have a flattened 3rd note and a flattened 6th note, but this was not always the case; and Aliste chanters (the region just south of Sanabresa) had the 3rd note flattened and the 6th note natural. There still needs some clarification in my mind about all of this. The Galician chanters in the class were thinner and slender than the Sanabresa, one boy had quite a thick Sanabresa chanter; their melodies were 1 octave and they used open fingering. The tone was not harsh and with 10 pipers in a small room it was OK on the ears, and time was spent tuning and making sure the pipes were playing in tune together.

Another point of note was the bag construction, the people who had bought Galician gaitas (so they could learn quickly) had a Galician/Asturian style of bag – ‘pear shaped’ in style made from Gortex, with the bag cut so the drone stock sits naturally onto the shoulder. The Sanabresa gaita bags had the form of an animal and the drone stock was one of its legs (I do not think an animal skin was used, but the shape of the bag was constructed to look like one) and this ‘bent’ backwards so the drone went over the shoulder.  Some had tassel’s over the drones others with out. 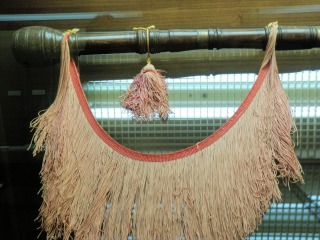 The drones were thick and differently designed made from different types of wood: ‘black wood’ and ‘red wood’, ‘knotted wood’ and ‘heather wood’ some of the drone sections had metal rings around the ends as did some of the chanters.
Men and women were learning to play all with different standards, they used notation sometimes but the people seemed to know the melodies from growing up in the Zamora region and were able to play from memory. There were 2 drummers and the rhythms were fast sometimes in 5/8 (aksak rhythm) and other times in more regular patterns, often the rhythm changed half way through a melody from 3/4 to 6/8; often the teacher took the drum when they played as a ensemble.
I was impressed by the whole evening, their friendliness and their music, which I liked a lot.
I will give it a try,…

A Ethnomusicologist and musician of traditional music, Small pipe maker, teacher and workshop presenter ... https://ethnopiper.wordpress.com/ View all posts by ethnopiper

One thought on “Casa de Zamora”